Accelerating the networking of professional engineers from Kansai

We interviewed Mr. Hideyuki Fujita and Mr. Keiichi Masuda from the company’s Western Japan Area. They gladly shared about their experiences in the recruitment industry acting as bridges between Kansai and the global employment market.

*According to Staffing Industry Analysts’ ranking of largest global staffing firms for 2017.
Profile
Hideyuki Fujita,
Area Head, Western Japan Area, Modis Staffing Division
He joined Adecco Ltd. in 1998 and since then, for more than 20 years, has continued to support the careers of many people in the Kansai area.
Keiichi Masuda,
Chief, Western Japan Career Development Section, Western Japan Career Development Department, Modis Staffing Division
He joined Adecco Ltd. in April 2019. Before that, he worked at VSN, Inc. (a company engaged in specified worker dispatch business for full-time engineers), which was acquired by Adecco in 2012.
HR: Genuine "interest in people" as the starting point

― Tell us about how you came to work at Adecco. Masuda: I used to work at VSN, an Adecco Group company providing professional engineering staffing services. Since I also had experience working in Kansai, I joined Adecco through an employee transfer scheme.
Fujita: It was when I was job-hunting as a fresh graduate that working as a dispatch worker became a commonly accepted work style in Japan. It was a time when work styles were becoming more diverse, and I decided to join the company because I wanted to be of help to those who want to engage in different kinds of work styles.

― What gives you the highest satisfaction in your work? Fujita: Those who are thinking of changing jobs usually feel a certain dissatisfaction or anxiety in their current jobs. So, it’s very rewarding to know that you were able to contribute to relieving their worries by helping them find a new job. I think the reason why I have been able to continue working in the staffing industry for a long time is my "interest in people."
Masuda: Working at Adecco, the global leader in workforce solutions, has the advantage of being able to venture into new fields and businesses, while catching early on the changes taking place in the industry around the world. Having quick access and gaining high sensitivity to information are strong motivations for me, and are also beneficial to our clients and job-seekers.

Startup: Change after the new service was introduced 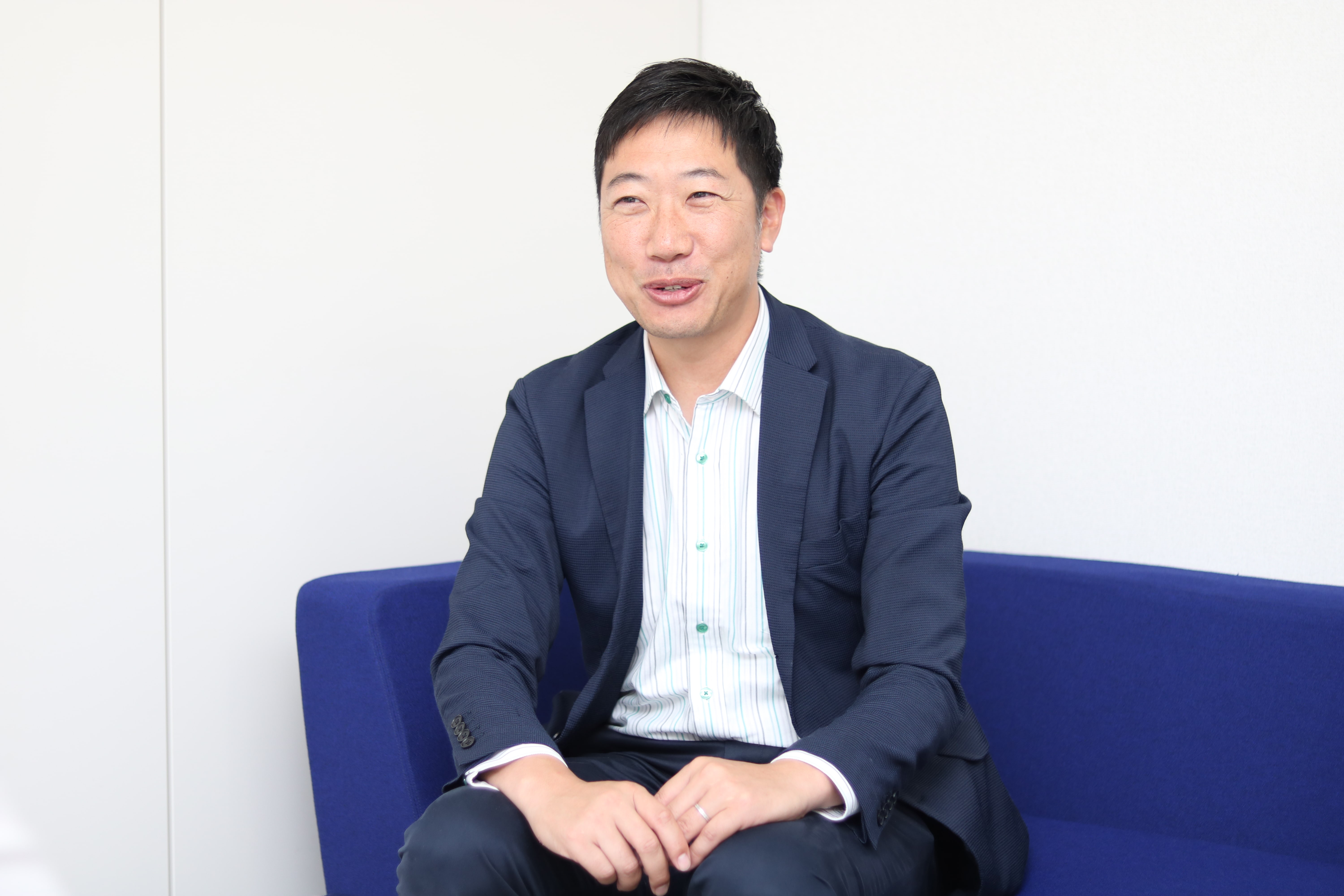 ― You have started a service specifically for foreign engineers in April 2019; tell us about the process from the hiring of the engineers by Adecco to their dispatch to client companies. Fujita : After they are hired, we ask the engineers more details about their work preferences and then select a few possible companies for them. We then decide their placement after meeting with the companies to discuss if our engineers match the company’s needs. Before they start working at the company, we also provide opportunities for our engineers and the managers at the receiving company to meet face-to-face.

― Has anything changed about how you feel about your work after being placed in a position where you get to interact with many foreign engineers? Masuda: In the process of recruiting foreign engineers, I get to have a lot more opportunities to directly encounter different cultures and religions. Through the engineers, I get to learn more about the history of different countries; so my knowledge about the affairs of other countries has deepened. I make an effort to respect each individual’s background, without putting too much emphasis on differences in nationality.
Fujita: Although I have worked in the staffing industry for more than 20 years, ever since I was placed in a position to interact with foreign engineers, my desire to provide a pleasant workplace to as many workers as possible became stronger. I think there are still many companies that are hesitant to hire foreign engineers despite being faced with a lack of workers. There are even cases when being a foreigner becomes a disadvantage even if the engineer’s skill matches the needs of the client. So our role is to support and connect the companies, who are suffering from a shortage of workers, and the job-seekers, who have a strong desire to work.

Kansai: Accelerating the creation of a network to connect with the world

― What is the current situation of the global employment market in the Kansai area? Fujita: We have hired mechanical engineers here in the Kansai area. They had been engaged in the design of electronic products in Osaka for around three years, and after joining Adecco, they were assigned to work in a company also involved in electronic product design.
Masuda: For the past two years, we are seeing a sharp increase in workers from Vietnam. Vietnam’s GDP growth rate is on the rise, and the economy is going strong; and I think having direct LCC flights to Kansai Airport is also a contributing factor.
Fujita: Currently, around 90% of those we interview for work are actually already based in Kansai. The Modis business scheme is divided into two stages; currently, we are in the first stage, which is the hiring of foreign engineers already living in Japan. For the second stage, which we have already partially started based on upcoming employment market trends, we will also focus on services for bringing engineers from abroad to Kansai (Japan).

― What are the advantages of working in the Kansai area? Masuda: The morning commute to work is not as congested as in Tokyo, so I think it’s a more comfortable place to live for foreigners. Europeans, in particular, are more inclined to adopt a “smart” work style that is not bound by location and time restrictions when they come to work in Japan. Also, rent in Kansai is generally cheaper than in Kanto, making it easier to find a place closer to your work; so compared to Tokyo, the stress from commuting between your home and your workplace is significantly lower. We want to hire more foreign workers from Kansai and also fast-track the building of a network connecting Kansai to the world to attract more foreign talents from around the world to Kansai. 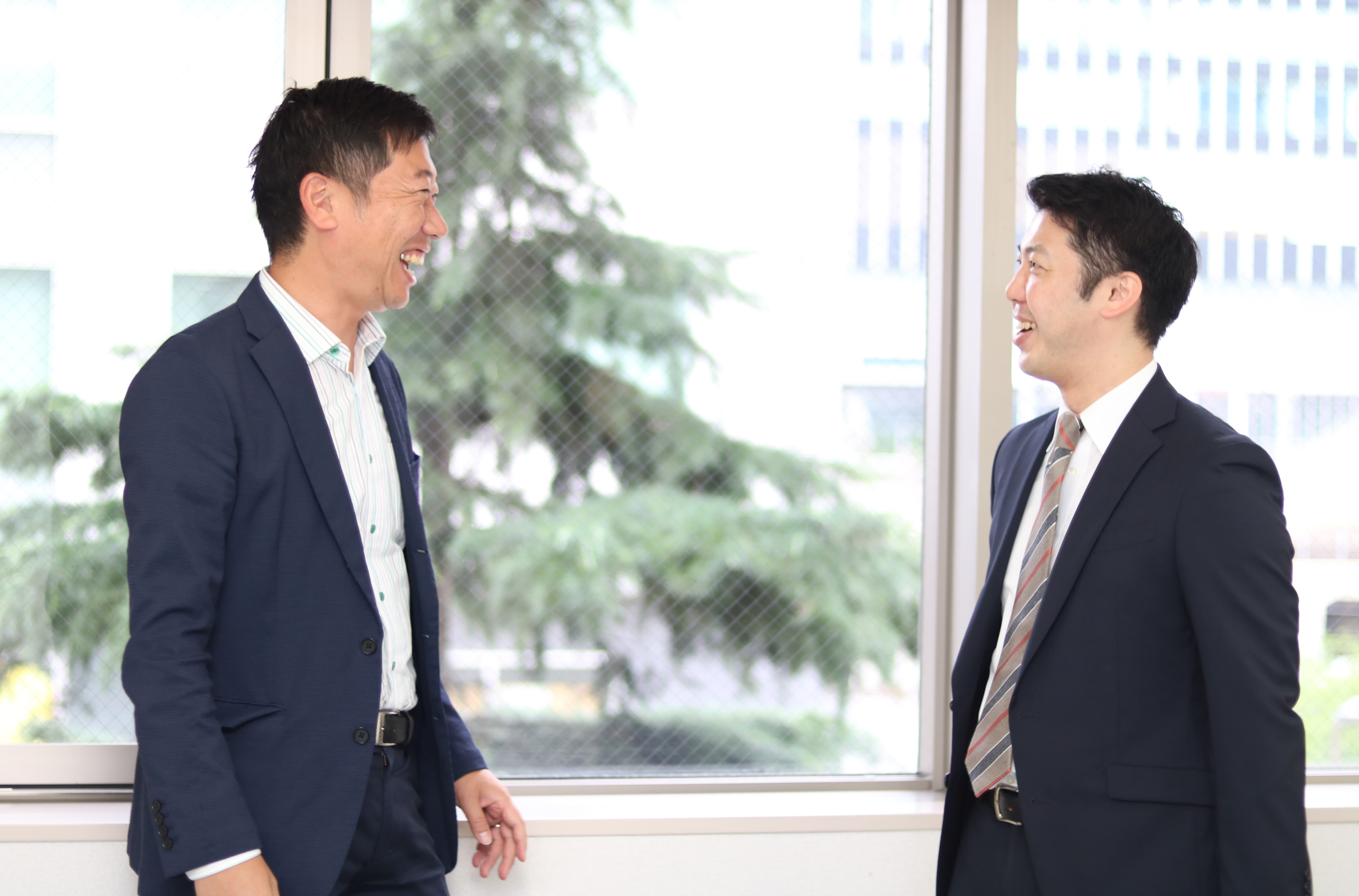 ― What kind of talents are you looking for right now? Fujita: We want to hire a wide range of talents with any skill related to IT, such as system development, infrastructure design, etc. We are also interested in hiring people from any field of mechanical engineering.
Masuda: There is a high demand from companies for people who can contribute to improving the company’s productivity using development language and new tools, especially for English-speaking engineers because they are good at collecting IT-related information. Modis, therefore, is particularly interested in hiring engineers who can offer new proposals to companies.
Masuda: Although they are full-time employees of Adecco, they go to different client companies for work everyday; so they rarely see each other in person. We therefore plan to hold events that allow engineers to connect with each other. Our goal is to gradually hire more than a hundred people, so I think those who are good at exhibiting team work with other engineers are cut out for Adecco.

― Tell us about your future goals. Fujita: As we move forward with the Modis business scheme, we will endeavor to put an end to the situation where simply being a foreigner puts you at a disadvantage despite having the needed skills. Modis will aim to open a new market by bringing in excellent engineers to Japan, even if they can’t speak Japanese, and creating frameworks for conducting business in English. Going forward, we are also thinking of ways to provide support to them when they eventually go back to their home countries after gaining experience in Japan.
Masuda: Adecco has branches around the world, so being an Adecco employee means that you have access to a wide global network. The Kansai Division has many young and energetic members, so please apply and join us if you are interested to work in Kansai area!