In this interview, we talked with Mr. Tomoyuki Ejiri and Mr. Koji Matsubara from the Greater Tokyo Area. They shared about the history and organization of the Modis Staffing Division and its future prospects.

*According to Staffing Industry Analysts’ ranking of largest global staffing firms for 2017.
Profile
Tomoyuki Ejiri,
General Manager, Modis Staffing Division
He took up his current post in January 2019 after working at VSN, an Adecco Group company providing professional engineer staffing and consulting services, for 11 years.
Koji Matsubara,
Global Talent Consultant Director, Modis Staffing Division
He was appointed to his current position after working for more than 20 years at the former Professional Engineer Division of Adecco Group.
Startup：Why did Adecco start this new service?

―First, tell us about how you came to work at Adecco. Ejiri: Like Mr. Masuda, who handles the company’s Western Japan Area operations, I joined my current Division after working at VSN, an Adecco Group company.
Matsubara: I used to work in sales for an automobile dealer and I dealt mostly with clients companies. I became interested in the employment industry because it offers opportunities to work with both client companies and job-seekers.

― Tell us how the service specifically for foreign engineers came about. Ejiri: A major factor is the change in immigration laws that allowed a wider scope of foreign workers to come to Japan. We started this service after conducting consultations with our client companies and foreign workers in Japan and coming to the conclusion that we are at unique advantage to offer this kind of service. Since there are still many companies that do not have established a system for accepting foreign employees, we saw a promising business opportunity in the service, while at the same time knowing that it takes some risks, too. But the lack of engineers will only continue to worsen; so I believe that foreign employees would contribute to the growth of our client companies’ businesses.

― What are your duties as General Manager? Ejiri: I enjoy my job a lot—something that is very important for me (laughs). My goal is to establish a more robust capability in the Division to respond to needs of engineering professionals in various aspects. Initially, we are actively hiring foreign engineers who are currently living and working in Japan. But in 2020, we plan to start targeting foreign students without work experience as engineers. We are also considering to hire people who want to challenge themselves to become engineers, to earn more and make better use of their time, regardless of age or nationality. If we can introduce people who want to learn new skills as new human resources to our client companies, we will be able to satisfy the needs of both job-seekers and companies, and it will also allow us to enhance our value as an intermediary.

HR：What kind of talents are you looking for? 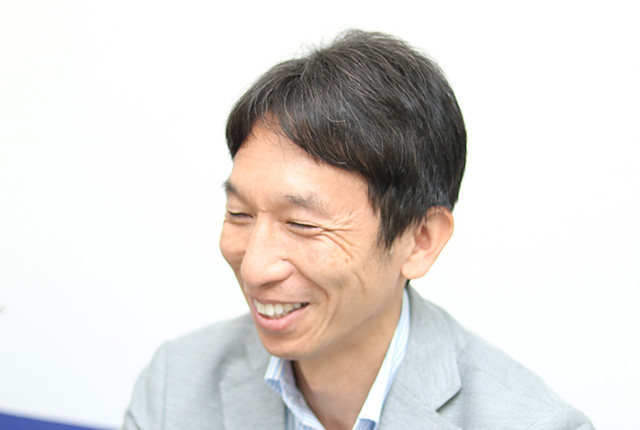 ― Do you see some common characteristics among the engineers you have interviewed? Matsubara: A lot of the young job-seekers and students are primarily intent on making their first step to working in Japan. Those who have career experience, on the other hand, are usually interested in working at the upstream development processes and desire to become experts in their own area of specialty. But most of them are actually very clear about the extent of their own capabilities.

― What kind of client companies accept the engineers you dispatch? Matsubara: The enactment of the “Work Style Reform Act” has led companies to implement measures to reduce the workload of current employees, so we have seen a sharp increase in the number of companies asking about hiring dispatched workers. Some clients seek to hire engineers who can handle upstream development processes or have technical experience in infrastructure, but these positions are difficult to fill. So, our goal is to encourage them to hire foreign engineers. 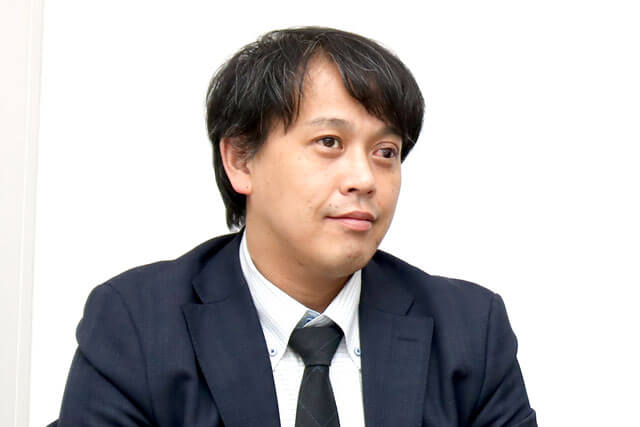 ― What gives you fulfillment in your job? Matsubara: I look forward most to being able to work with more people in the company as a result of our hiring more engineers. Many foreigners are keen on working in Japan because they love Japan as a country, and they also want to further advance their career. Engineering jobs usually come from secondary or tertiary vendors, so engineers are positioned quite low in the hierarchy; but most of the jobs at Modis are from primary vendors, so our engineers have a good chance to move up the career ladder. Most of them are highly motivated engineers, and we would like to provide them with all the support they need.
Ejiri: I approach my current job with the same motivation that I had when I was working at VSN. It provided services for dispatching engineers who could also act as consultants to our client companies—a business model that traces its origins back to the time of the economic crisis after the bankruptcy of Lehman Brothers. Although most companies were struggling in their business at that time, there were still needs for people who have flexibility and who could perform beyond what they were told to do. Drawing from this experience, I have always endeavored to introduce people who can act as consultants with a bottom-up perspective, because they are the ones who can actually solve problems.

― What particular advantage does Adecco have over other companies? Ejiri: It’s none other than our being a company that earnestly endeavors to understand people. And I think I could even go as far as to say that the Modis Staffing Division is the division that embodies this the most within the Adecco Group. We are working hard to help inexperienced persons, foreigners, and other job-seekers to develop their careers and engage in diverse work styles. Drawing close to people to understand and empathize with them entails dealing with both the pleasant and painful sides of humanity, but I think that’s exactly where our strength lies.

― What are your targets in hiring foreign engineers? Matsubara: We are aiming to hire 48 engineers in 2019. So far, we have hired 8 people already, so we will continue to actively recruit more people.
Ejiri: Currently, we are focusing our efforts on the hiring of foreign engineers, but it doesn’t mean that the company is particularly focusing only on foreign workers. Adecco has various goals and visions, and a major theme is to create a world where career development is an everyday affair. Since it’s the “people” who drive businesses forward, human capability—regardless of nationality—definitely plays a big role in the growth of businesses.
Accepting workers from overseas also means accepting their different ways of thinking and opinions. Aside from invigorating business in Japan by addressing the workforce shortage, I think bringing in people of different cultures and ideals to Japan will lead the country to a new kind of growth. I believe that the kind of business we engage in will become a major driving force for growth in Japan and the world. We genuinely look forward to applications from people who would like to join our ranks.