A Comparison between Western and Asian Decision Making Processes2015.08.04 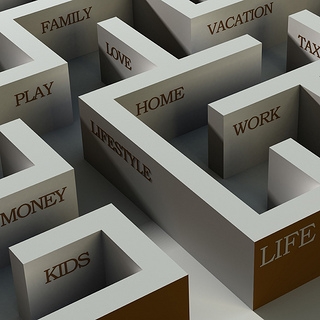 differences, as well as similarities between the Western and Asian ways of doing

The process by which a decision is made is affected by so many variables that even when comparing Western and Asian decision making processes, we must take into account that no two Western or Asian countries are exactly the same. Germany and Denmark, for example, are two countries that follow two very different decision making methodologies. To break down some of these differences we can look at the type of leadership, the pace at which decisions are made and the importance of personal relationships.

Leadership - Who makes the decisions?

When it comes down to it there is always someone in charge, and the degree to which this is apparent or even matters varies drastically. Germany is a good example of a country which embraces a more systematic approach to governance and administration. For this reason, most key decisions require direct assessment and consultation with the leader or the executive. Although some differences do exist, parallels can be drawn with Japan in this regard.

Both cultures drastically differ from Scandinavian countries, which are a good example of participative leadership. Here decisions are made based on a group majority and participation is encouraged from subordinates as well as leaders.

The pace - How fast can we reach a decision?

The pace at which decisions are made can become one of the more palpable difficulties for people when doing business with other cultures. Americans and Europeans often take pride in being decisive and cutting to the chase of the matter as efficiently and quickly as possible. The pace at which the latter make decisions may seem too quick and rushed to many Japanese, who are used to taking their time, gathering the required information and consulting with individuals from multiple levels of the organizational hierarchy.

Personal relationships - How well do we have to know each other?

If you have ever seen the movie “The Godfather”, there is a line that comes up that goes “It’s nothing personal, strictly business.” In Germany, people like to go about doing business and making decisions without paying carrying too much about personal relationships. In the Middle East, however, it is often the case that more important decisions are considered to have an impact on maintaining strong, lasting personal relationships.

We may have hastily looked through some of the different approaches to decision making in various cultures without sufficient empirical examples, but in reality, decision making processes in do differ between Western and Eastern cultures. It is quite evident that in many cases these differences are very extreme and can at times be overgeneralized. It is important therefore to be prepared and knowledgeable about what to expect when striving to reach a business decision with individuals from another country or culture.