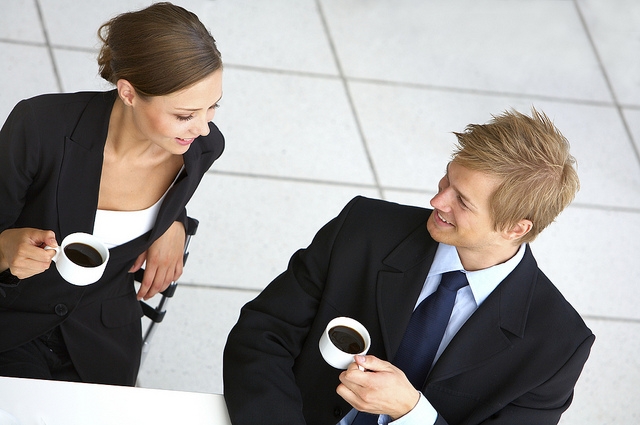 Being able to communicate effectively in business depends on a lot of factors, such as the situation, enviroment, and people.

In Japan people place a lot of importance on maintaining harmony and order. This results in extensive internal restraint and the omission of a lot of opinions, questions and even statements that are thought of having the potential to disrupt this harmony and order. One of the most dauting obstacles that the Japanese encounter is getting accustomed to the lack of subtlety and nuance apparent in they way westerners conduct business. Likewise, westerners find it very difficult to understand and deal with 本音 (Honne) and 建前 (Tatemae)

In today’s blog we will be looking at a few tips to bridge the gap between these two distinct ways of communicating.

Tip #1 First and foremost, speak up.

Don’t be afraid to voice your opinion and when you do, try to be as straightforward as possible and say what you mean. Westerners tend to prioritize getting their points across and reaching a decision over maintaining harmony.

When in doubt, don’t be afraid to interrupt the speaker, albeit with a polite phrase, and wait to continue asking your question until after they have acknowledged you.

Whatever you do, don’t resort to using the silence. Depending on the situation this will most likely be interpreted as understanding and agreeing with everything the speaker has said so far, or even worse, a reluctance to reach a decision or agreement.

When speaking to others with varying levels of proficiency in a language, a lot of what is said is not understood. Try to make sure what you say is clear and concise. Don’t be tempted to use big words or terminology just for the sake of trying to smart, more often than not simpler words will be appreciated more.

Tip #3: Loosen up and relax

When it comes to posture, Japanese tend to be much like Germany and most of Western Europe. Postures are very formal and upright, while gestures are rigid and minimalistic. In the United States and most of South America this kind of behavior can come across as cold and unfriendly, as postures there are generally more casual and relaxed, and gestures are significantly looser and more exaggerated.

Western communication prioritizes being direct and to the point and more often than not places being polite as secondary. Be aware of this and don’t interpret disagreement and suggestions of alternatives as anything other than an attempt to reach a common consensus.

Tip #5: Be prepared to talk about business on the go

Westerners don’t confine their talk about business to the office or meeting room, in fact there are no clear boundaries and in many cases there many be issues discussed over a meal or in the car. Don’t expect to discuss things at length or in great detail, but do be prepared to give up, go over and talk about things.

Keeping these tips in mind will help assure smoother communication between different individuals. Overall, effective communication between people from different countries and cultural backgrounds requires some intercultural awareness and a willingness to compromise. Always try to be prepared and know about the people you will be have a meeting or negotiating with, it could prove to be the difference between success and failure.