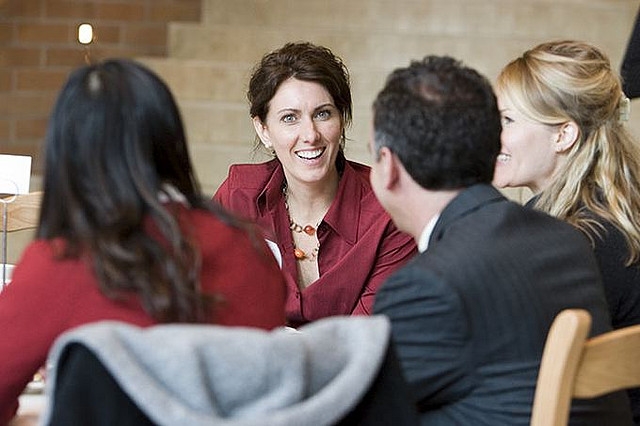 Socializing with co-workers, clients or even your boss outside of work hours is often essential for maintaining a strong and healthy business relationship. While some people may experience social anxiety, and appear unconfident, others may go too far and come across as arrogant and cocky. Today's blog will provide tips to help you avoid ending up in either of those situations and appear confident when socializing with clients from foreign countries.

First and foremost, be aware of your surroundings. Pay attention not only to what the person you are talking to you is saying, but how they are saying it, i.e. their demeanour and body language. Relatively speaking, Latin Americans are easy to read compared to most Japanese people; in many situations, they will exhibit obvious clues, which you can pick up on, such as their proximity to you, their posture and their use of hand gestures. They tend to be louder and more animate than people from North America and Europe - with the exception of Italy - but people from all three areas, more often than not, express what they mean and show how they feel.

When introducing someone or being introduced to others, make sure to pay attention to and mention the title of the person you are meeting. It is also common to include a general fact or accomplishment regarding the person that can be used to make memorable associations or start up further conversation at some point.

When greeting someone, there are expressions, such as “How are you doing?” (English), “Cómo estás?” (Spanish) or “Comment allez-vous? (French), that don't require detailed or lengthy answers. A reply that can be expected is some variation of “Fine, thank you,” and is a simple pleasantry to initiate conversation.

Unlike Japan, people from North and South America, as well as much of Europe are quite vocal about what they do or don't understand. Don't be surprised if you are interrupted while speaking by someone finishing off your sentence if you take too long or start to falter mid-sentence. Similarly, expect someone to interrupt you with a question if they don't understand or follow what you are saying. It is always appropriate to ask a question if you don't understand something, as not saying anything will give the impression that you are following along fine, which can lead to problems and misunderstanding later. If you need to interrupt someone, always precede your interruption with an expression like “excuse me” or “sorry” to be polite and wait to be acknowledged.

As one would expect, people who are more vocal tend to feel more uncomfortable with silence and it is generally avoided as much as possible. In order to avoid any awkwardness it is useful to know a few things about your client's interests, hobbies or possibly something about their country (barring any sensitive issues like politics or religion). Keep in mind that when socializing, conversations should be light without serious topics, such as politics. Ask succinct questions that aren't too probing and always give concise, clear answers.

For the next time you are socializing with clients from different countries and cultural backgrounds, try to think about some of the aforementioned tips to help set you on the right track.