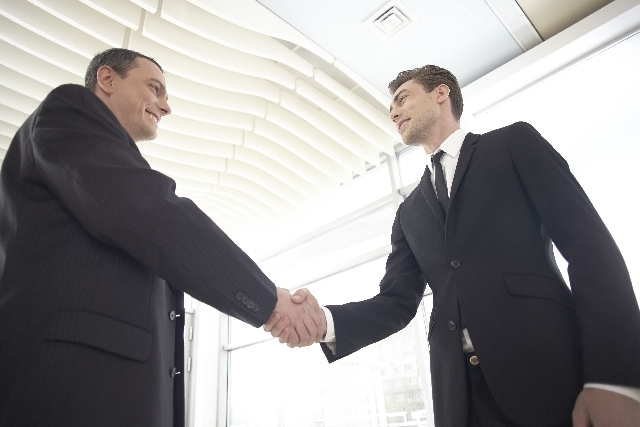 Learning about Japanese customs is an interesting process; however we should be prepared for any eventuality. There is a ton of contents available online preaching the importance of following Japanese customs when conducting business in Japan as a foreigner.

However, today I went for a meeting to a big Japanese corporation. Naively expecting to only talk to Japanese people, I prepared only Japanese documents. We were to be introduced to the Head of Hiring by the Japanese friend of my Japanese boss.

So imagine my surprise when a fellow British man walks through the door as the person we are being introduced to. He began by introducing himself in perfect Japanese to my boss, and proceeded to have small talk with my boss, further confirming to me his Japanese ability.

So let’s consider my situation:

1) I’m having a meeting in Japan with a Japanese company.

2) The person I’m being introduced to is British but is clearly accustomed to Japanese business.

3) The 3 other participants in the meeting are Japanese.

So I asked myself…how am I supposed to introduce myself?

When going meeting a client in Japan for the first time, it is standard practice to exchange business cards. Of course, when I spoke to the Japanese associate, I exchanged meishi and introduced myself in Japanese.

But the main person I was being introduced to was British, which would usually entail a handshake.

Eventually, I decided it would be best to adhere to standard Japanese business practice of handing over a meishi as a sign of respect to the Japanese around, however I introduced myself in English.

Having introduced myself, my British friend then offered a handshake, perhaps in a show of solidarity as two Brits in the same land. I believe in future I will do the same, so as not to forget where I came from, and as a way recognizing that we have both most likely been subject to the trials and tribulations that Japan has to offer.

I wonder if other people in the same situation would have made the same choice?